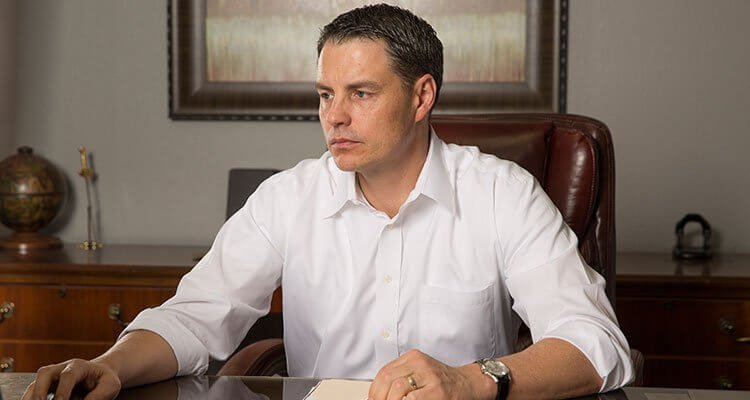 Phil is an immensely experienced workers compensation and personal injury lawyer, with the distinction of having occupied almost every office in our building over the last 18 years. When Phil isn't checking out someone else’s digs with an eye on relocation, you'll find him talking to his clients for hours on end or heading off to court to “storm the castle,” as he likes to put it. Over the course of his legal career, there is scarcely a civil law that Phil hasn’t read, digested, and recited to his legal assistants (while they’ve struggled to stay awake). While workers compensation and personal injury cases are excessively complex, luckily for us, these are two areas where Phil has a deep arsenal of knowledge and experience.

Away from work, Phil spends his time with his wife, Lisa, and his two kids, Ryan and Malia. When asked about his favorite pastime of chasing his kids around, Phil’s motto is: “What’s the point of being a dad if you can’t relive your childhood!” So, Phil helps coach his son’s basketball and baseball teams, and he roots for his daughter’s cheer squad at events around the country. His wife, Lisa, the office manager at Slape & Howard, tells us that Phil enjoys sports and activities every bit as much as the kids. You’ll find him most Saturdays on the sidelines of Ryan’s basketball games, demonstrating his enthusiasm to officials (loudly) and jumping up and down with every shot.

Phil graduated from Wichita East High School in 1988. He received his undergraduate degree from the University of Nevada Las Vegas in 1994. In 1995, Phil lived in Seoul, South Korea, where he worked in a world class hotel owned by the Samsung Corporation. He graduated from Washburn Law School in 1998 with excellent grades and was recognized by the National Bankruptcy Institute as the 1998 Student of the Year. He joined the Law Offices of Slape & Howard that same year.

I am proud to help the people that come to us for help.

Get the right answer

Set up a consultation